Copied from the TrainingPeaks newsletter, unedited, and used without permission. 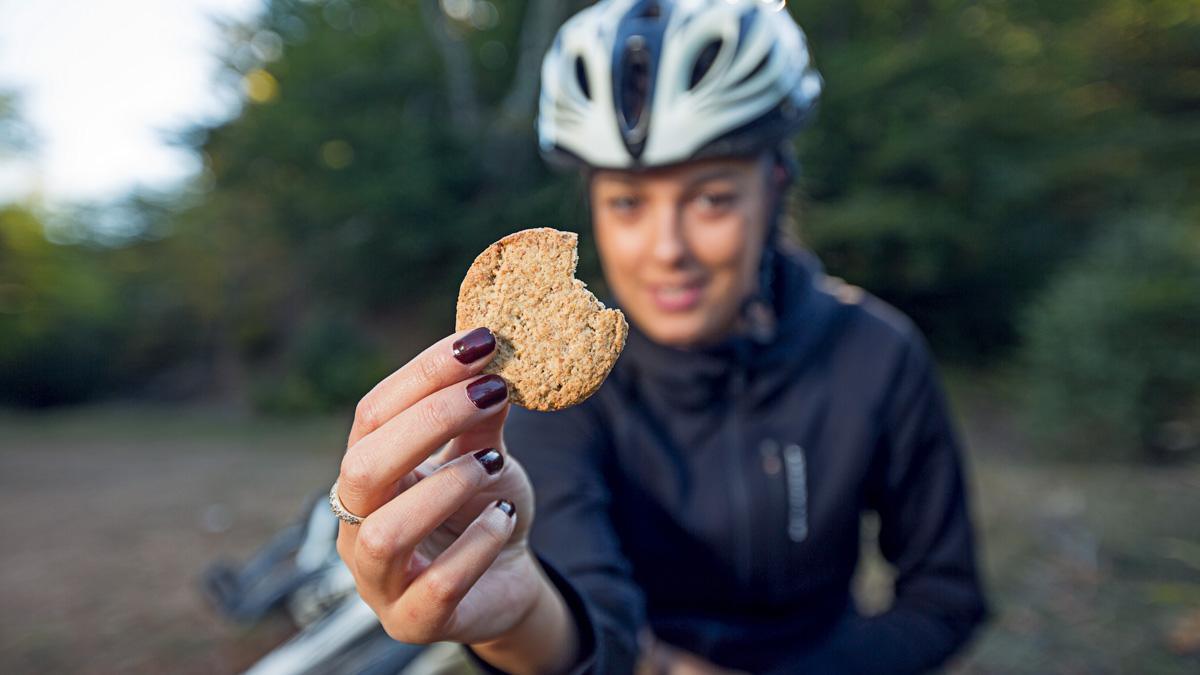 The following is a lightly-edited excerpt from The RP Diet for Endurance.

Because carbohydrate absorption rate in the gastrointestinal tract is limited during exercise, it is inevitable that supply will not keep up with metabolic demand during long endurance bouts. To minimize this inequity, it is important to maximize the amount of carbohydrate absorbed per unit time.

This can be achieved in part by choosing carbohydrate sources according to the duration and intensity of the session. Considerations for intra-workout carbohydrate amounts include how much energy is required for the workout, carb absorption rates, and the need to avoid gastrointestinal distress.

In all cases, it is recommended that intra-endurance carbohydrate come from relatively simple and quickly-digested sources—and not exclusively from fructose. Endurance efforts lasting under two hours can be fueled solely with glucose, but when more than 30g/hr of carbohydrate intake is recommended, a mixture of glucose and fructose can be beneficial.

When workouts require more than 60g/hr of carbohydrate, absorption rate becomes the limiting factor, which means carbohydrate-type must be considered to maximize fueling potential. About 60g of glucose can be absorbed hourly, but since the transporter proteins that facilitate glucose absorption are different than for fructose, the former can still be absorbed even when glucose transporter proteins are saturated. Consuming a mixture of sugar types, therefore, is the only way to absorb 60g (or more) of carbohydrate per hour.

There may be a benefit to consuming a mix of sugars at all levels of endurance efforts. A 1:1 ratio of glucose to fructose appears to be well tolerated by most people during intense exercise, and increasing up to 144g total carbs per hour as efforts increase is likely good practice. This is contrary to the oft-cited approach of using glucose exclusively for the first 60g per hour and then adding up to 30g of fructose to the mixture for a maximum of 90g per hour. Those recommendations, while acceptable, are probably not optimal.

In supplement ingredient lists glucose goes by the names dextrose or maltodextrin (the latter being a branched polymer of glucose molecules which allows for lower beverage concentration while still providing high quantities of glucose). Sucrose is a combination of glucose and fructose that may be a useful addition to a glucose and fructose mix. If a supplement label lists dextrose and sucrose, it is probably not optimal beyond about 90g/hr because of the lower end fructose to glucose ratio that results. As mentioned, the absorption rate for glucose alone is limited to around 60g/hr. The most rapid absorbing mixtures will be between 0.8:1 and 1:1 fructose:glucose ratios using the following combinations of sugar molecules:

While adding fructose is not necessary in shorter endurance bouts, it is certainly acceptable and may be helpful for folks with sensitive gastrointestinal tracts. These carb sources with higher rates of absorption can also be used strategically in endurance events—like the bike leg of a triathlon—when portions of the event allow more comfortable consumption of fluids.